Crook and Crack
Lasting Promise but brief honeymoon
Stop the Problem
How?
Throw the shell
The proof is Leaf Discoloration
Praying Mantis

Also there were two exchanges this week, so I felt like I never saw Elder Pulsipher. I did go to Taebaek without him, though. It was so sick. Elder Gilmore was there and he gave a fun English class message. I'd tell more about it, but time.

Also our beloved Elder Park went home early while I was out in TaeBaek. So I came back and suddenly I was in a trio with Elder Pulsipher and Elder Lee. We met a cool French guy who thought Mormons were Amish and was hurrying to catch his bus. It's a cool story I'd love to share, but time.

Yesterday we spent a lot of time getting ready for our Halloween party. Also my old zone leader came to church. That was cool. He's a real fun guy. I'd tell you more about him, but time.

At least the party happens tonight so I'll tell you about it next week?


Posted by Cathy Newton at 8:52 PM No comments:

Posted by Cathy Newton at 8:44 PM No comments:


Posted by Cathy Newton at 8:18 PM No comments:

Pluck and Prune
Sturdy Bulb but Flimsy leaves
Stop the problem
How?
Touch the Sky
The proof is sight
Beet

Well it's been a good time in Gangneung thus far. Things continue and there are stories to tell. If there's one thing missionary work and more dedicated journal writing have taught me, it's that there's always a story to tell.

First, on to the miracle pizza from last time. So. Out here, and really everywhere probably, we have a few members who are ridiculously 부자. (Boo-Jah) It means rich person, but it works so much better in Korean. The point is, right when I got here, one of them invited the missionaries for a meal at his home. And his home is sick. It's like an hour away from the church in an area called "Happy 700" which means that his home is over 700 meters above sea level. (750 I think it was.) He served us like a four- or five-course meal of some rather expensive things. Or homemade things made from expensive material. Like he makes his own bread from rice flour and it was so delicious.

But that's beside the point. I could go on and on about President Oh's home and food. I did in fact, and it's now like three pages of my journal. The important part is the miracle pizza.

See, when we got to the home, the Ohs, well I can't call them that because his wife's name is Han. Oh well, the couple were making homemade pizza. We started to help them and it was super fun, but when we put in the first pizza President Oh remembered he'd forgotten one of the toppings: the beef! He seemed to be worried the missionaries would be disappointed, but to me it was a perfect time to let everyone know I was vegan. By the way, as a vegan I can affirm I spend 90% of my time when I first meet someone trying to figure out a good time to tell them I'm vegan. Everyone was really surprised except for Elder Pulsipher. Then President Oh talked about how God always gives little miracles to missionaries. Like helping everyone forget to put beef on a pizza so a vegetarian could eat it. It was inspiring.

And yeah. On to Beetlejuice.

So this week we also went to another faraway part of our area. We got there later than we thought, so we had to grab a quick dinner at a Pizza School. (It's like Korean Little Caesar's.) It was surprisingly delicious, and afterward Elder Pulsipher went to the bathroom out back. The bathroom happened to be across from a shop selling health drinks, and while Elder Pulsipher was occupied, I talked to the owner. He was pretty nice, and while he didn't care much for the gospel, he did offer us one of his drinks. Now usually this is not a good sign at a shop like this, because in Korea the more healthy a drink is, the taste is exponentially worse. So I asked for anything that might taste good, and he gave us some Beet Apple Juice. It ended up being really delicious,and reminded me of Beet Salad. I now call it Beetlejuice. Oh dangit I've said his name three times now. Whoops. I guess I'd better run!

Week 64: The Boys Are Back in Town

Click and Crash
Simple circuit but complex fallout
Stop the problem
How?
Lettuce Leaf
The proof is Crunch
Server

Goooooooooooooooooooood Morning John, it's Tuesday! Why is it Tuesday?* I dunno really, all I know is something worked out that way. Sorry to leave you all waiting, but the good news is I got to make that joke. Never would have done that otherwise on my mission.

So yeah, "Welcome to Gangneung" as they say around here. And by they, I mean the Seventh Day Adventist whom we met on the street my first day here. He was a nice man. Elder Pulsipher says we see him around sometimes.

Speaking of the man, it's good to be back. I always wanted to be with the man out here, but it was a bit of a joke. I guess if I've learned anything out here, it's that if you have a joke wish for the Lord, he will grant it 99% of the time. I'm glad this was one of them though. Elder Pulsipher has eaten a lot of meat so far, a little disappointing, but this week while grocery shopping we only got vegetables, so it looks like we'll have to slowly ease him into the veganism. Oh, who am I kidding? The man could never be vegan, he's used 11+ eggs in the last two meals he's eaten. I love him.

Oh my goodness I'm getting ahead of myself, I didn't tell you about my last full day in Wonju. It was so mad rushed.

So we start at home for personal study and run out the door at 10 to catch the next bus to Munmak because heaven knows I'd never leave Wonju without getting one last bagel at the Christmas Cafe. We went well, and it turned out Elder Bond had the same thought, so we ended up having all 4 missionaries doing companion study in a Christmas Cafe in the middle of nowhere.
Unfortunately we couldn't stay long, because we had to run to the other middle of nowhere, our beloved HoengSeong, for an appointment. Somehow we made it in a little under an hour and a half and got to say goodbye to our investigators up there. I also got pictures with my favorite rice field and some bread shaped like a cow. (It's the closest to 횡성 beef I'll ever have. It had blueberries and cream cheese in it) 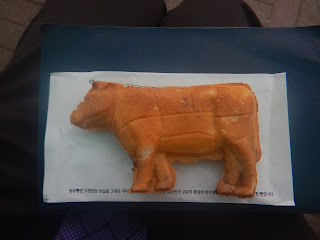 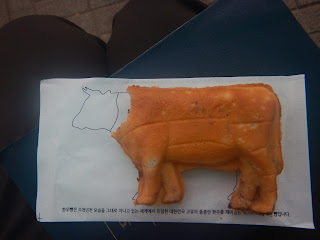 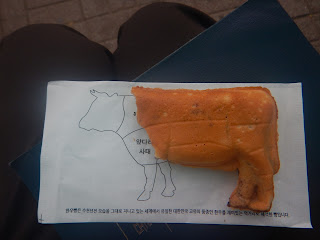 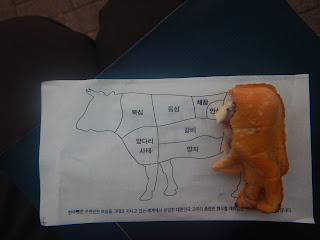 We couldn't stay too long though, because we then had to rush to the center of somewhere to see one of my favorite investigators of all time. He lives right above the main market just by the church. He gave us great snacks, which we shared with his pet cat who had been a kitten when I first got transferred to Wonju. I played him some clarinet as a parting gift and he talked about how much he had learned from missionaries. Also he said he felt we were his true friends, and man was I touched.

But wait, there's more. Right after him, we started off yet again to our member-referred investigator who is such a humble man. He made us dinner (which he really shouldn't have) but it was delicious and also got us the dinner we didn't have time for in our plan.

Then I had the hardest goodbye of all when we went to the church to meet Old Branch President Kim and his family to give back his clarinet. (For the record, the hard goodbye was with them, not the clarinet.) He had just gotten back from a vacation with his family, and he felt oh so bad that he couldn't feed us before we left. He gave us a bajillion snacks though, and Sister Jung (his wife) almost had him order us a pizza. They're such a good family. We talked for a bit, but it was late and so he drove us home so I'd have more time to pack.

And yeah, the point is I love Wonju.

But back to Gangneung. The members are great here too, and the recent convert is one of the coolest people of all time. He's an English major and so far he's taught me about syntax and multicultural conflict resolution.

Also when I gave my talk in church this Sunday, there was an audible gasp when I subtly mentioned the whole vegetarian thing. It was rather funny actually. I'll have to explain the branch here later though, because I'm low on time.

Best Wishes,
Elder Newton
* There was a churchwide email server problem Sunday night, which was Monday — Elder Newton's preparation day — in Korea. His mission president kindly allowed the affected missionaries to email their families the next morning.
Posted by Cathy Newton at 7:36 PM No comments:

Chuseok is the Korean harvest holiday. It's roughly equivalent to the Thanksgiving we celebrate in the United States and Canada. Because so many people go out of town, leaving no one for the missionaries to teach, President and Sister Sonksen held conferences in Seoul during this time. Elder Newton got to see many friends who are serving in different areas. He also got to see the new stake center in Seoul and learn some fun Korean games. Unfortunately, he didn't take any pictures there, but he did share some views of Wonju during Chuseok:


Posted by Cathy Newton at 9:46 PM No comments: 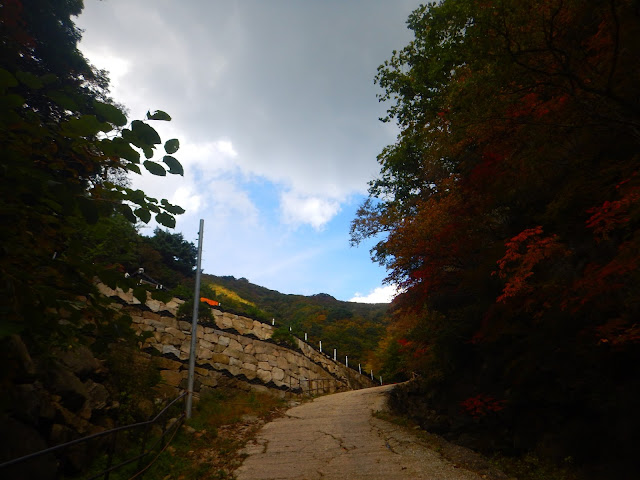 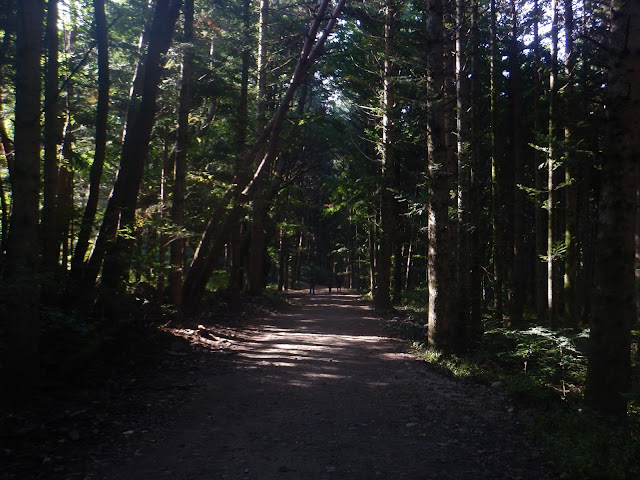 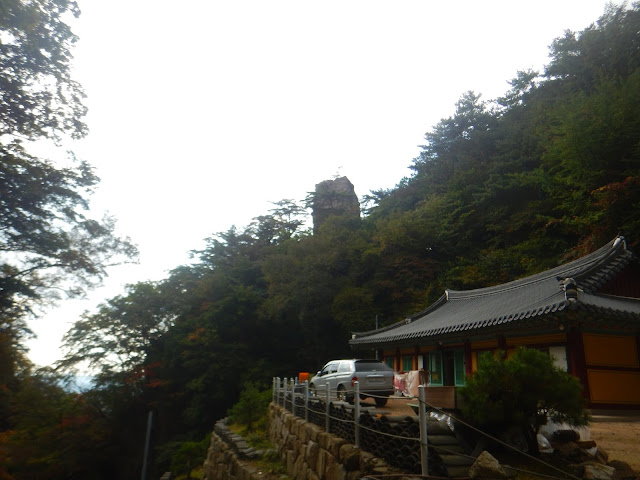 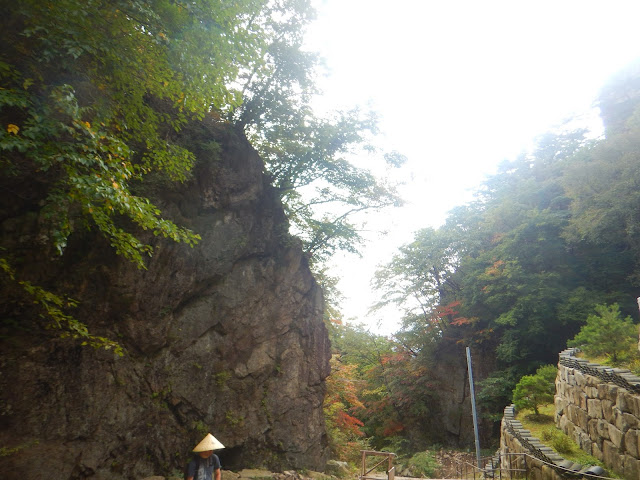 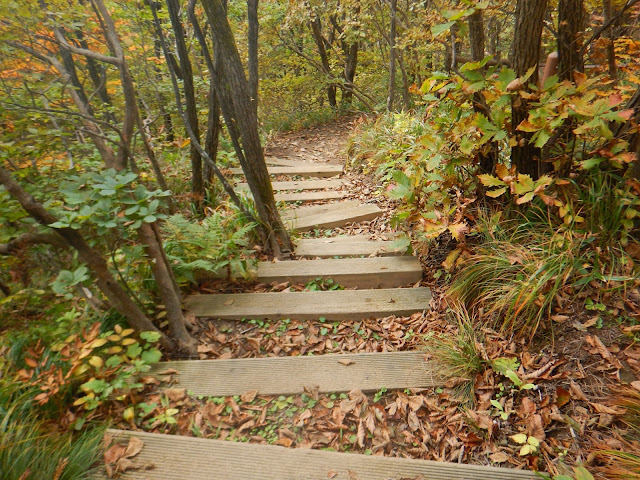 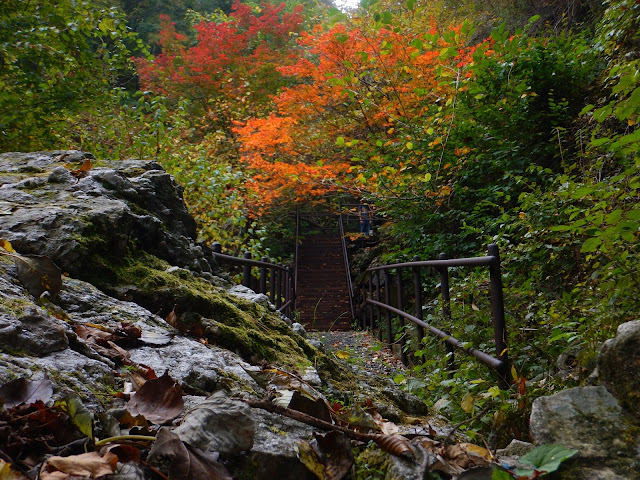 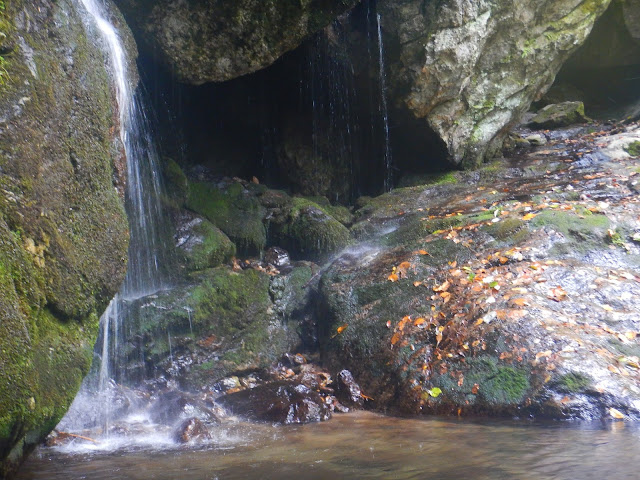 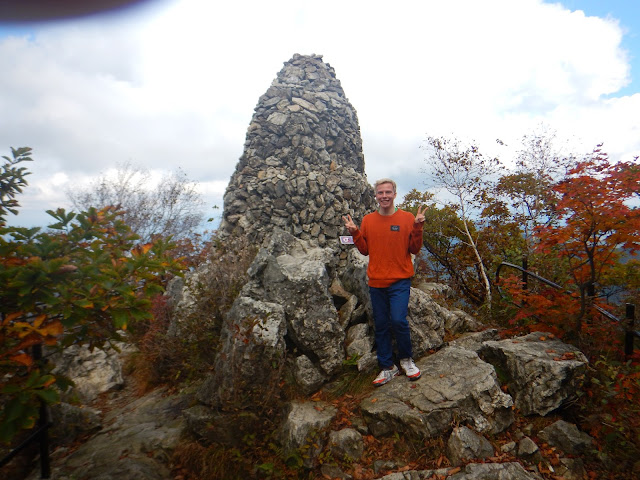 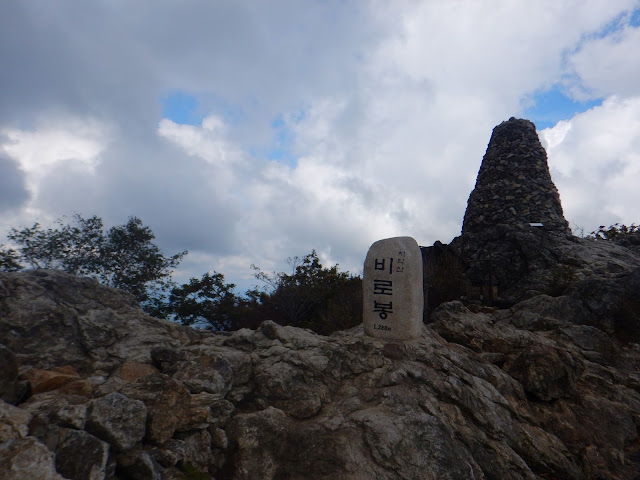 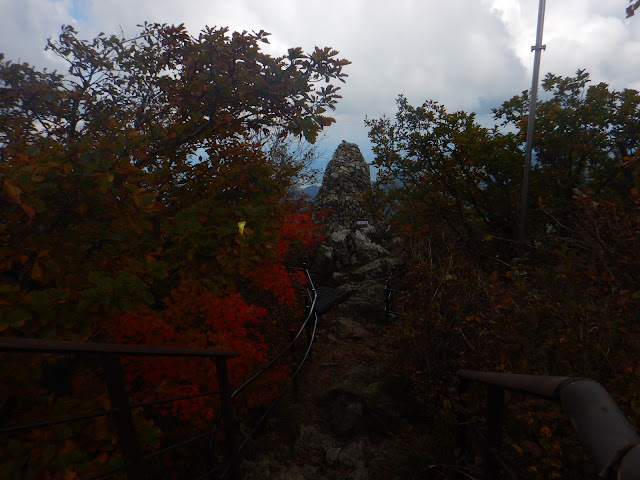 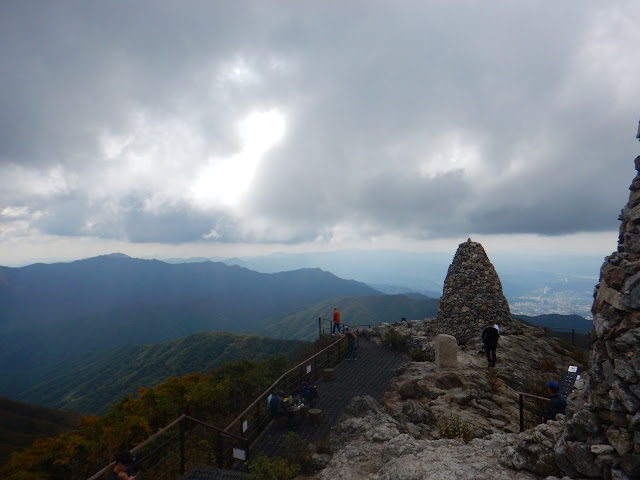 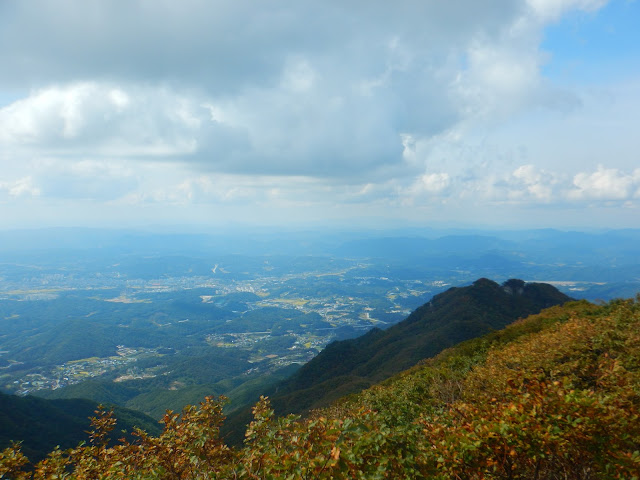 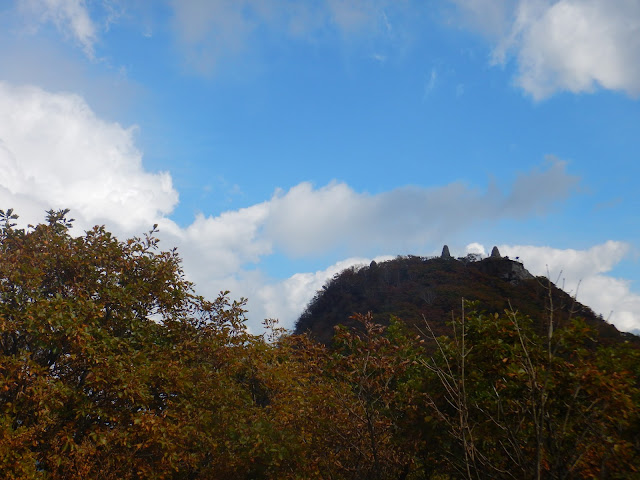 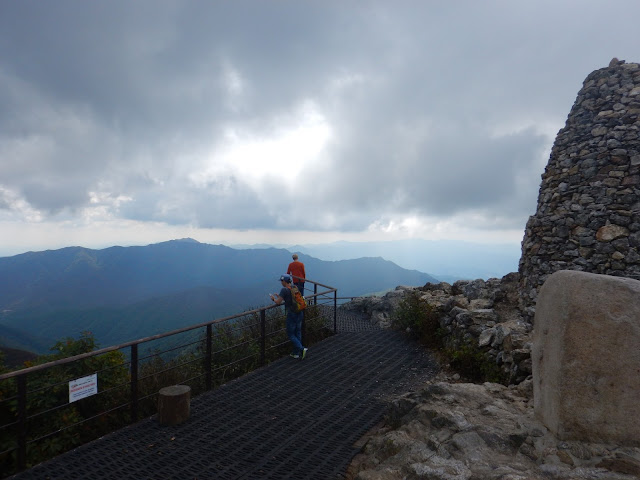 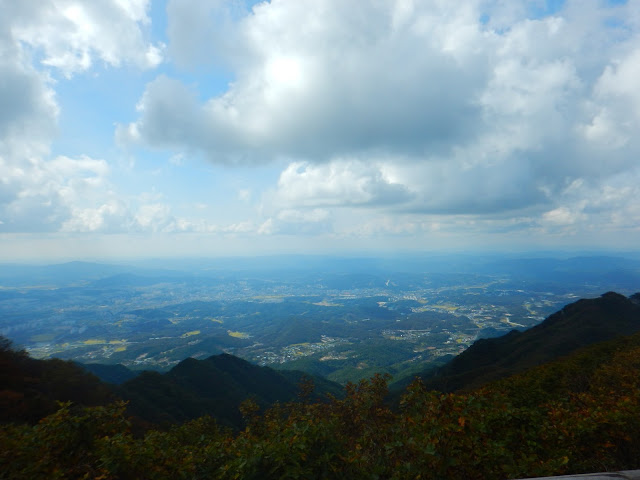 Posted by Cathy Newton at 9:37 PM No comments: