Curve and Curl
Fresh Layout, but Dusty Shelf
Stop the Problem
How?
Strangle the Squid
The proof is Shelley
Horn

Hi! So I have no time because people emailed me a lot this week? Thanks for that by the way, but I only have time for my best story, which is my exchange with Elder Lee. Other than that, um, well we have our sort of investigator whom we visit in his realtor shop if he's not busy and in and yeah, a lot of things have to go right to see him. But I played clarinet for him and shared a nice message about peace and the Spirit. It was nice. Now to story!

So basically, you have to meet Elder Lee. He's amazing, and my favorite type of Korean.

In Korea, sarcasm isn't a thing. There's a decent amount of sass. Especially as you get older. There are even sass grammar forms. Anywho, the point is there are almost no sarcastic Koreans. But sometimes, they pop up. It's rare, but if you ever meet one, they are more sarcastic than the entire state of New York smashed into one person. It's amazing.

So Elder Lee is super fun, and good enough at English to the point where he's learning grammar like "I would rather" and stuff like that. So we basically spent the day talking to other people about Jesus, and talking to each other about language, and making English fun. My favorite was when we slowly built up from "I would rather die" to "I would rather be strangled by a squid" (There's your hint into my poem)

And I'm out of time. But you get the point. Have a good week! Send me letters as well as emails. I can read and reply to them better. But also every communication is good. Next week you'll hear about transfers! Sorry I have no pictures for the week. ㅠㅠ

Week 43: Over the river and through the woods, to the Seoul Nam mission home we go

Cross and Cram
Short boarding but long commute
Stop the Problem
How?
Execute the Operation
The Proof is Basket
South

So this week was crazy. Really only because we went to Seoul.* It takes forever to get out there, and I now realize how many people are there. There are so many.† And they're so fast.

Also I can now confirm for the fourth time that there is indeed more Seoul south of the river. It's crazy. I am further convinced that the Han River is magical. It's basically the weird border of Camp Half Blood. Wow. I made a Percy Jackson reference 7 1/2 months into the field. What am I?

Also because we went to Seoul there is very little news besides the fact I existed there for a brief time. We had an Area Seventy at church on Sunday I guess. He was sacrament meeting. He was the only talk, and we still went overtime. But his talk was mad crazy let me tell you. He told some sick‡ mission stories, one of which involved him giving a sermon to 200 people because there was some guy yelling at him in the street. There are many other things we could discuss, but there is one story that outdoes them all.

So once upon a time there's a young man walking down the street in Area Seventy Man's first area. This guy walks by our church, sees the name is super long, and decides to check out what it's all about. Area Seventy Man teaches the guy, and it's his first baptism just a month later. So now we have a hecka strong convert. He raises a family in the gospel, and often jokes with them that he was converted just by seeing the church's name.

Fast forward to when the guy's daughter, Sister Cheon, goes on a mission, really just because she loves her eternal family, and is serving in Wonju. As we all know by now, Wonju is a tiny branch, and yet Area Seventy Guy comes anyway. Area Seventy Guy comes in, and while talking to the missionaries, learns that Sister Cheon is the daughter of the first man he baptized. Also by the way, Sister Cheon didn't know who baptized her dad. She thought it was an American. And yeah. I'm out of time, and the story makes no sense. Sorry. Here's pics thoughhhhhhhh

* See the mission secretary's blog for some context on this. Bonus points if you can spot Elder Newton in one of the photos.
† 10 million in Seoul proper, about 25 million in the metro area
‡ "Mad," "crazy" and "sick" don't necessarily mean the same things to today's young people.
Posted by Cathy Newton at 6:54 PM No comments:

Week 42 bonus photo post: I climbed it ft. context for my subject line

I also flew a kite and did cartwheels and somersaults. But there are not pictures of these things 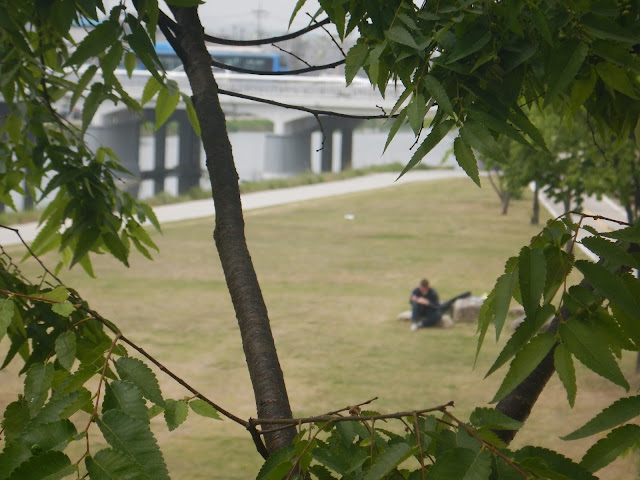 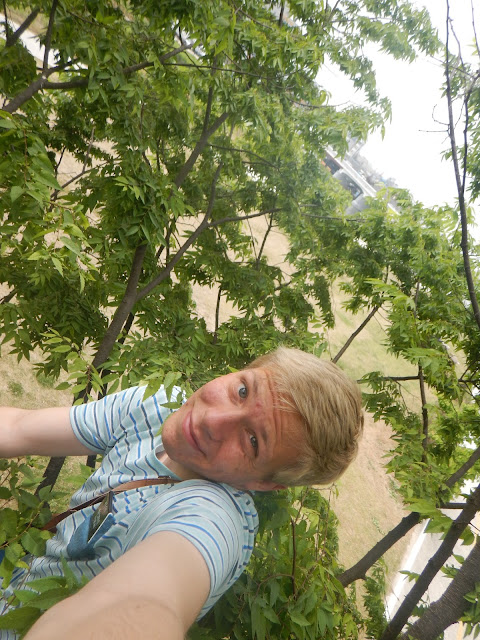 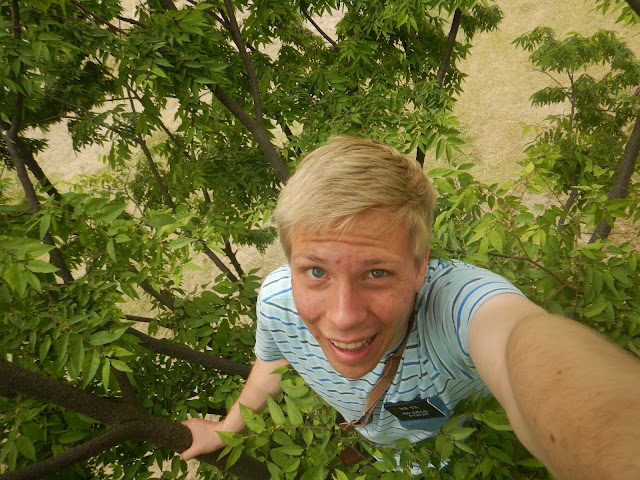 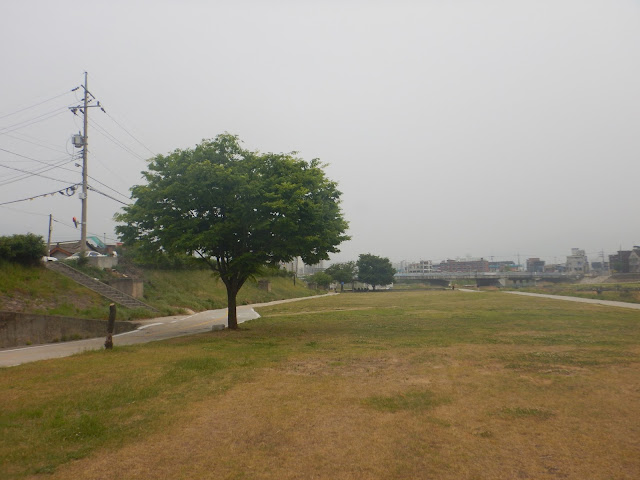 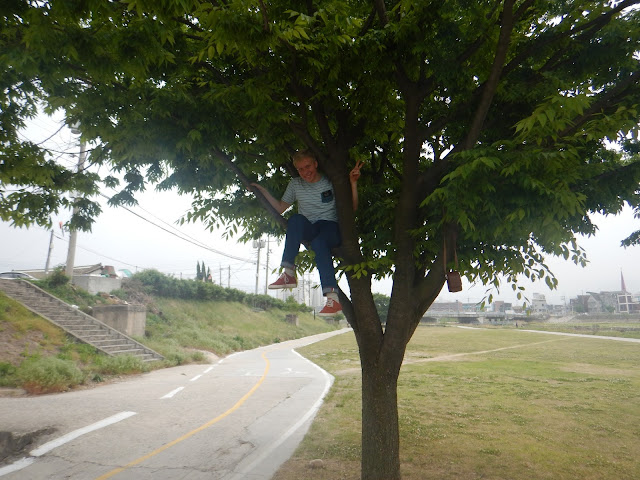 Posted by Cathy Newton at 10:48 PM No comments:

Discover Bomb
Splash and Boom
Immediately after the explosion dead silence
Stop the Problem
How?
Look before you leap
The proof is potential
Bomb

So typing in Korean is terrible and now I have little time, but it's OK because nothing much happened this week. The guy I wanted to meet from last week is now busy since it's not a holiday week anymore. But it's cool. Point is that Korea is a place I live and missionary work is crazy, but also nothing seems to happen a lot.


And yeah. I told a story in my Skype call about tracting with a clarinet. It was fun and we actually got to play for one person. She showed us pics of her daughter in America after. It was a good Sunday night. I would have more detail, but Korean typing

Love you all! Thanks for putting up with me. More pics to come^^

Elder Newton
Posted by Cathy Newton at 10:43 PM No comments:

Week 41: I am very random in how much detail I have for emails

I apologize in advance for the admittedly meh discover poem. Next week I'll be better.

Discover Rag
Wring and wipe
Clean surface but dirty cloth
Stop the problem
How?
Let that sink in
The proof is photosynthesis
Rag

And yeah. We got our district leader last P-Day. That was fun. I have not yet taken a picture with him. So no one gets to know what he looks like. He's nice, though, and very sarcastic.

And yeah, now everything is back to normal. I'm keeping a video journal now? They're all embarrassing so far tbh, but it's fun. Also I found the plug to our bathtub, so now I can finally take baths in Korea outside of the public baths. Which is a little more relaxing.

And yeah, we went to 강릉 which is always fun. I saw my Elder Pulsipher. I love the man. Also that day has the only story, I think. So we'll go with that for the weekly email.

Basically we got back from zone training and were very hungry. It was a long bus ride. So we're walking home and talking to this older guy. And I don't understand what he's saying a lot, but eventually I get enough to realize he's taking us to a park so we can sit down and talk. So that was nice. I like people who talk to us willingly.

Sooo we sit down and whatnot and start chatting. It ends up being an hourlong discussion of like half the Restoration, and half Korean culture and churches. I also learned how to talk about Zodiac signs in Korean. And he was a really cool guy. We haven't been able to meet again yet, but maybe next week he'll be a new investigator? I'm excited.

And yeah, here's all the pics I took this week.

And yeah, that's about it.